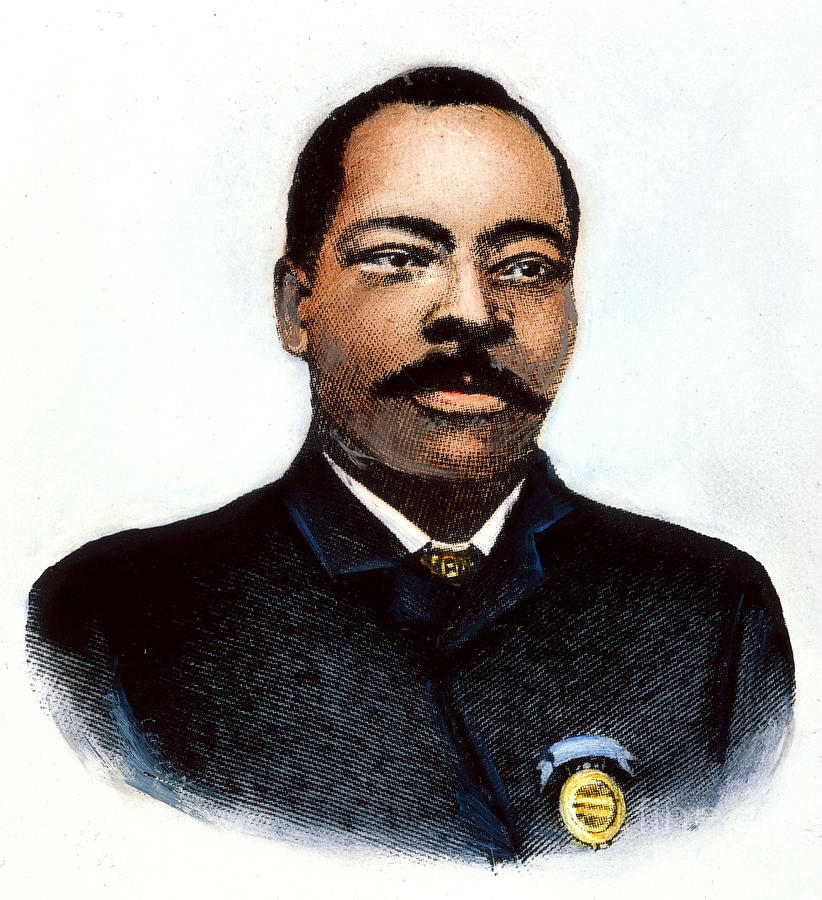 Granville T. Woods  was an African-American inventor who held more than 50 patents. He is also the 1st American of African ancestry to be a mechanical and electrical engineer after the Civil War. Self-taught, he concentrated most of his work on trains and streetcars. One of his notable inventions was the Multiplex Telegraph, a device that sent messages between train stations and moving trains. His work assured a safer and better public transportation system for the cities of the United States. His mother was part Indian (today referred to as Native American), and his father was black. Granville attended school in Columbus until age 10 and then he served an apprenticeship in a machine shop and learned the trades of machinist and blacksmith.    In 1878, he took a job aboard the "Ironsides", a British steamer, and, within 2 years, became Chief Engineer of the steamer. When he returned to America, he became an engineer with the Dayton and Southwestern Railroad in southwestern. After receiving the patent for the multiplex telegraph, he reorganized his Cincinnati company as the Woods Electric Co, but in 1892 he moved his own research operations to New York City, where he was joined by a brother, Lyates Woods, who also had several inventions of his own. In 1885, Woods patented an apparatus which was a combination of a telephone and a telegraph. The device, which he called "telegraphony", would allow a telegraph station to send voice and telegraph messages over a single wire. He sold the rights to this device to the American Bell Telephone Company. In 1887, he patented the Synchronous Multiplex Railway Telegraph which allowed communications between train stations from moving trains. In 1888, Woods manufactured a system of overhead electric conducting lines for railroads. In 1889, he filed a patent for an improvement to the steam-boiler