Sacagawea- interpreter and guide for the Lewis and Clark Expedition, 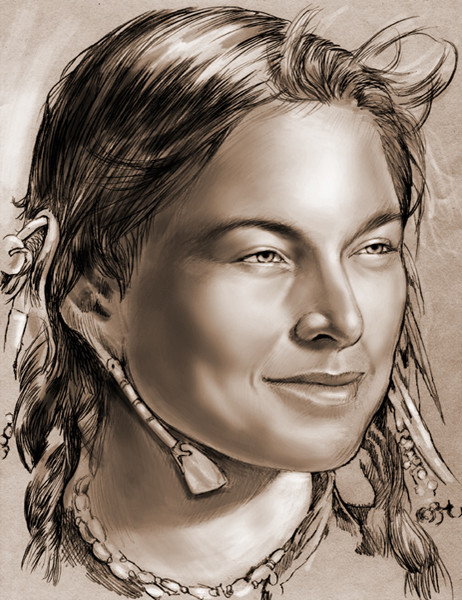 Sacagawea was a Lemhi Shoshone woman, who accompanied the Lewis and Clark Expedition, acting as an interpreter and guide, in their exploration of the Western United States. She traveled thousands of miles from North Dakota to the Pacific Ocean between 1804 and 1806. 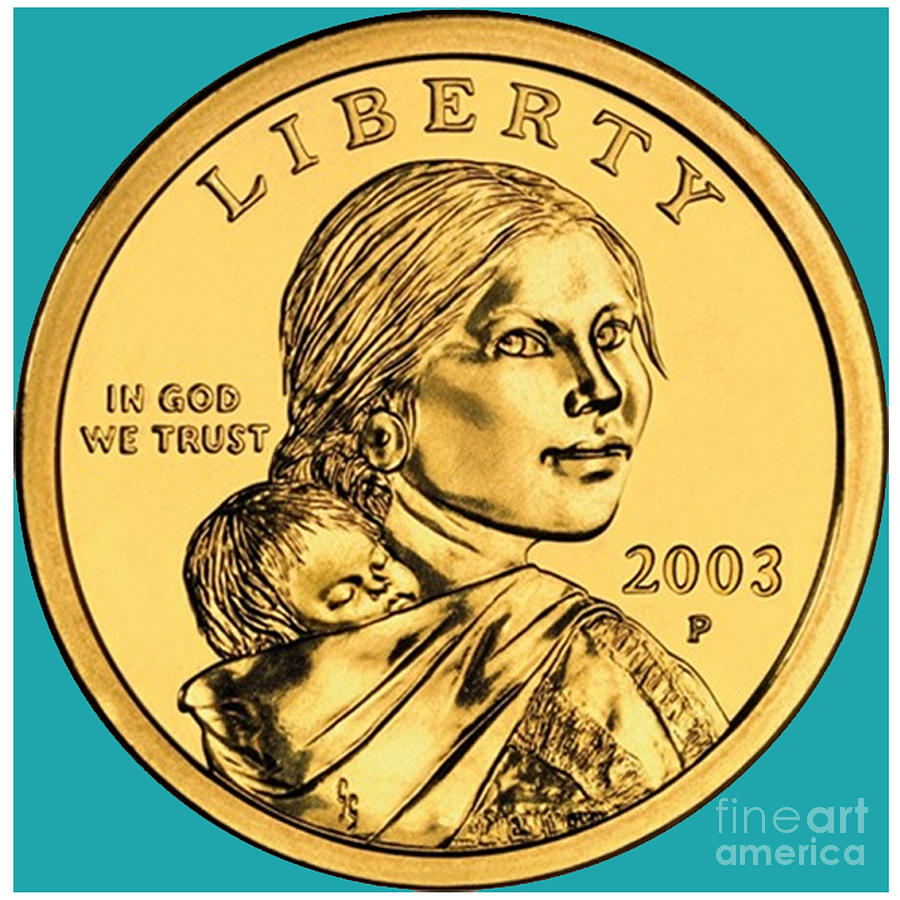 She has become an important part of the Lewis and Clark legend in the American public imagination. The National American Woman Suffrage Association of the early twentieth century adopted her as a symbol of women's worth and independence, erecting several statues and plaques in her memory, and doing much to spread the story of her accomplishments.
In 2000, the United States Mint issued the Sacagawea dollar coin in her honor, depicting Sacagawea and her son, Jean Baptiste Charbonneau.
In 2001, she was given the title of Honorary Sergeant, Regular Army, by then-president Bill Clinton. 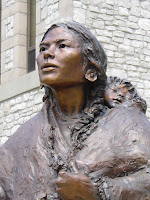