Mary Jane McLeod Bethune, was an American educator and civil rights leader best known for starting a private school for African-American students in Daytona Beach, Florida. She attracted donations of time and money, and developed the academic school as a college. Bethune maintained high standards and promoted the school with tourists and donors, to demonstrate what educated African Americans could do. She was President of the college from 1923 to 1942, and 1946 to 1947. It later continued to develop as Bethune-Cookman University. She also was appointed as a national adviser to President Franklin D. Roosevelt. She was known as "The First Lady of The Struggle” because of her commitment to bettering African Americans. Born in Mayesville, South Carolina, to parents who had been slaves, she started working in fields at age 5. She took an early interest in becoming educated; with the help of benefactors, Bethune attended college hoping to become a missionary in Africa. Bethune was also active in women's clubs, and became a national leader. After working on the presidential campaign for Franklin D. Roosevelt in 1932, she was invited as a member of his Black Cabinet. She advised him on concerns of black people and helped share Roosevelt's message and achievements with blacks, who had historically been Republican voters since the Civil War.  Bethune moved from Palatka to Daytona in October 1904, she rented a small house for $11.00 per month. She made benches and desks from discarded crates, and acquired other items through charity. Bethune used $1.50 to start the Literary and Industrial Training School for Negro Girls. The rigorous curriculum had the girls rise at 5:30 a.m. for Bible Study. The classes in home economics and industrial skills such as dressmaking, millinery, cooking, and other crafts emphasized a life of self-sufficiency for them as women. Students' days ended at 9 pm. Soon Bethune added science and business courses, then high school-level courses of math, English, and foreign languages. By 1941 the college had developed a four-year curriculum and achieved full college status. Bethune said:


"It is our pledge to make a lasting contribution to all that is finest and best in America, to cherish and enrich her heritage of freedom and progress by working for the integration of all her people regardless of race, creed, or national origin, into her spiritual, social, cultural, civic, and economic life, and thus aid her to achieve the glorious destiny of a true and unfettered democracy." 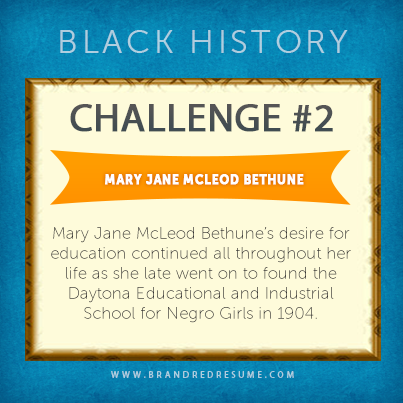 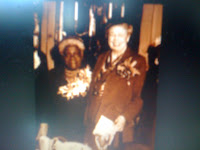