Muriel Bowser is the Mayor-elect of Washington, DC

Muriel Bowser is the Mayor-elect of Washington, DC, and a member of the Council of the District of Columbia representing Ward 4. In the 2014 mayoral election, Bowser was elected as Mayor of Washington, D.C. She is a member of the Democratic Party. The youngest of six children of Joan and Joe Bowser, Muriel E. Bowser grew up in North Michigan Park in northeast DC. In 1990, Bowser graduated from Elizabeth Seton High School, a private all-girls Catholic high school located in Bladensburg, Maryland. She received a college scholarship due to her excellent grades. Bowser graduated from Chatham College in Pittsburgh, Pennsylvania, with a bachelor's degree in history, and she graduated from American University with a Masters in Public Policy. She moved to Riggs Park in Ward 4 in 2000. Bowser began her political career in 2004, running unopposed for Advisory Neighborhood Commission (ANC) representing Single Member District 4B09, which includes the neighborhood of Riggs Park.  She was unopposed again in 2006 when she ran for reelection for the position.

Bowser won the election and will take office on January 2, 2015. 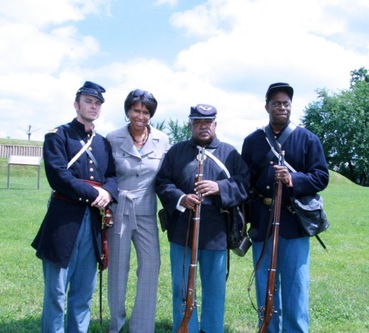