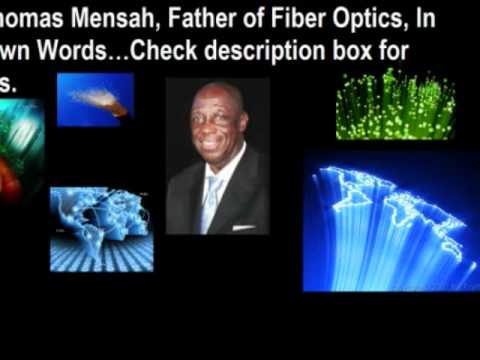 Thomas Mensah was born in Kumasi, Ghana in 1950. His father, J.K. Mensah, was a businessman who shipped cocoa products to chocolate manufacturers in France. Thomas was an exceptionally bright child, learning to read newspapers at an early age and becoming fluent in French. He went on to twice win the National Competition in France in 1968 and 1970.  Thomas received his early education at the exclusive Adisadel College boys school in Cape Coast. An excellent student, particularly in science and math, he received a scholarship to study chemical engineering at the University of Science and Technology Kumasi, Ghana. An honors student, he graduated in 1974 and was awarded a fellowship from the French government to study Chemical Engineering at the University of Science and Technology in Montpelier, France (USTL). While enrolled at USTL, he took part in a program at the Massachusetts Institute of Technology (MIT) and received a certificate in Modeling and Simulation of Chemical Processes from the university in 1977. A year later, he graduated from USTL with a PhD.

In 1980, Thomas travelled to the United States where he took a job with Air Product and Chemicals. One of his projects was to observe the mixing process in the Polyvinyl Alcohol Process Improvement Division. Mensah's redesign of the high speed thin film industrial mixers produced a much purer blend, thus improving the efficiency of the process and diminishing the delays which often shut down the manufacturing plant. He was rewarded by winning 2nd prize in a prestigious research competition.  In 1983 he joined Corning Glass Works in New York as an engineer. He was brought on to help solve efficiency problems in the Corning Fiber Optic process.  Mensah saw that during the coating phase, bubbles were being trapped on the coating surface during the curing process. He solved this problem by injecting carbon dioxide gas near the boundary layer during the high speed coating process. He was awarded patents for each of these improvements along with two other patents for additional work. Dr. Mensah and his colleagues developed missiles that could use the fiber optic technology while traveling at MACH 1 (the speed of sound).  He has created superconductors for space communication, designed a system for creating solid state rechargeable cell phone batteries, developed new filament wound composite structures to be used to provide a light replacement for tank gun barrels. He would eventually become the Founder of Georgia Aerospace which manufactured specialized composite structures for stealth aircraft.