Joseph Lee was an African American who invented machinery for processing food and became very prominent in the food industry. As a boy he began working in a bakery and became very adept at his job. The black American inventor named Joseph Lee was about to earn his title. He noticed that there was a lot of waste in the catering business, namely bread. He sought a way to avoid wasting the bread, and decided to use it to make bread crumbs. These crumbs would be used to make batter for fried fish, pork chops, and cake. To do this efficiently, Lee came up with his invention that would tear, grind up and crumble the bread into crumbs. He received a patent for this device on June 4, 1895. Not long after that, he sold the rights to the black invention of the bread crumbling machine, and they became available in restaurants around the world. 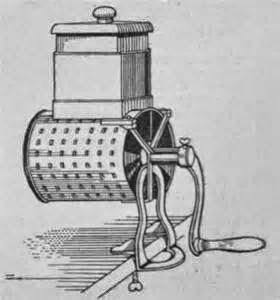 The next invention for Lee was an automatic bread maker. This machine would mix the ingredients and knead the dough, saving much time and allowing much more bread to be made.