Benjamin Bradley was born a slave in Maryland, around 1830, but became an engineer and inventor. Although it was against the law to teach a slave how to read or write, Bradley learned literacy from his master's children. Bradley was also good at mathematics, and showed a natural talent for making things. As a teenager, Bradley was put to work at an office where he built a working steam engine from pieces of scrap metal. Others were so impressed with Bradley's mechanical skills that he was given a job as an assistant in the science department at the United States Naval Academy in Annapolis, Maryland where he set up and helped conduct experiments. Professors at the Naval Academy were very impressed with Bradley, saying he was smart, a quick learner, and did not make mistakes. Bradley was paid in full for his work, but the money he had made went to his master, who allowed Bradley to keep five dollars a month for himself.

Bradley had not forgotten his work with steam engines. He saved the money he earned, and sold his original model engine to a student at the Academy. Bradley then used his savings to develop and build an engine large enough to run the first steam-powered warship. Because he was a slave, Bradley was not allowed to get a patent for the engine he developed. He was, however, able to sell the engine and keep the money, which he used to buy his freedom. He lived the rest of his life as a free man. 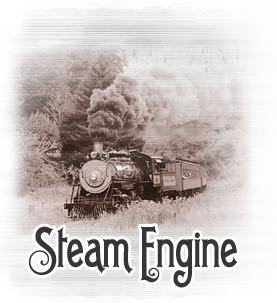