James Cleveland "Jesse" Owens was an American track and field athlete and 4-time Olympic gold medalist. Owens specialized in the sprints and the long jump and was recognized in his lifetime as "perhaps the greatest and most famous athlete in track and field history". His achievement of setting 3 world records and tying another in less than an hour at the 1935 Big Ten track meet has been called "the greatest 45 minutes ever in sport" and has never been equaled. At the 1936 Summer Olympics in Berlin, Germany, Owens won international fame with four gold medals: 100 meters, 200 meters, long jump, and 4x100 meter relay. He was the most successful athlete at the games and as such has been credited with "single-handedly crushing Hitler's myth of Aryan supremacy."
The Jesse Owens Award, USA Track and Field's highest accolade for the year's best track and field athlete, is named after him, and he was ranked by ESPN as the 6th greatest North American athlete of the twentieth century and the highest-ranked in his sport. J .C., as he was called, was nine years old when the family moved to Cleveland, Ohio for better opportunities, as part of the Great Migration, when 1.5 million African Americans left the segregated South. As a boy and youth, Owens took different jobs in his spare time: he delivered groceries, loaded freight cars and worked in a shoe repair shop. During this period, Owens realized that he had a passion for running. Owens first came to national attention when he was a student of East Technical High School in Cleveland; he equaled the world record of 9.4 seconds in the 100-yard (91 m) dash and long-jumped 24 feet 9 1⁄2 inches (7.56 meters) at the 1933 National High School Championship in Chicago. Owens's greatest achievement came in a span of 45 minutes on May 25, 1935, during the Big Ten meet at Ferry Field in Ann Arbor, Michigan, where he set three world records and tied a fourth. In 1936, Owens arrived in Berlin to compete for the United States in the Summer Olympics. Nazi propaganda promoted concepts of "Aryan racial superiority" and depicted ethnic Africans as inferior. Owens countered this by winning four gold medals. 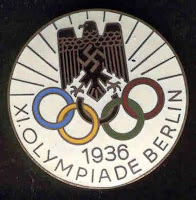 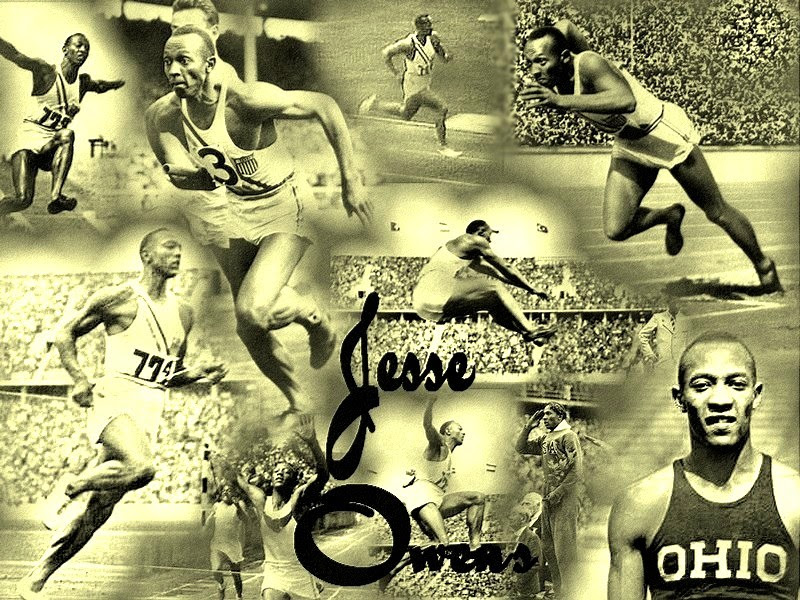