Matthew Alexander Henson  was the 1st African-American Arctic explorer, an associate of Robert Peary on seven voyages over a period of nearly 23 years. They made six voyages and spent a total of 18 years in expeditions. Henson served as a navigator and craftsman, traded with Inuit and learned their language, and was known as Peary's "first man" for these arduous travels.
During their 1909 expedition to Greenland, Henson accompanied Peary in the small party, including four Inuit men, that has been recognized as the 1st to reach the Geographic North Pole. Henson was invited in 1937 as a member of The Explorers Club due to his achievement and was the 1st African American to be accepted. In 1948 he was made an honorary member, a distinction for 20 persons annually. Henson published his memoir, A Negro Explorer at the North Pole (1912), which included a foreword and praise by Peary. Since the late 20th century, Henson's contributions have received more recognition. At the age of twelve, the youth made his way to Baltimore, Maryland, where he went to sea as a cabin boy on a merchant ship named Katie Hines. Captain Childs took Henson under his wing, treating him like a son and teaching him to read and write. He was remembered as the only non-Inuit who became skilled in driving the dog sleds and training dog teams in the Inuit way. He was a skilled craftsman, often coming up with solutions for what the team needed in the harsh Arctic conditions; they learned to build igloos out of snow, for mobile housing as they traveled. He and Peary with their teams covered thousands of miles in dog sleds and reached the "Farthest North" point of any Arctic expedition in 1906. . In 1944 Congress awarded him and five other Peary aides duplicates of the Peary Polar Expedition Medal, a silver medal given to Peary. Presidents Truman and Eisenhower both honored Henson before he died in 1955. 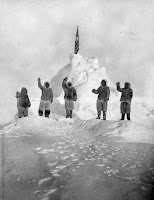 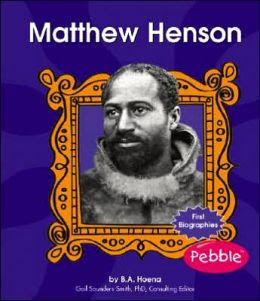 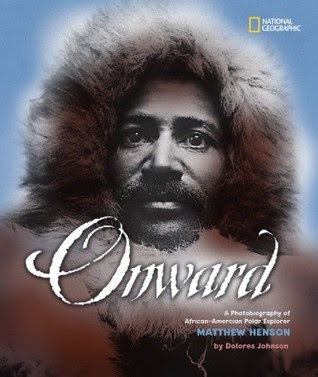