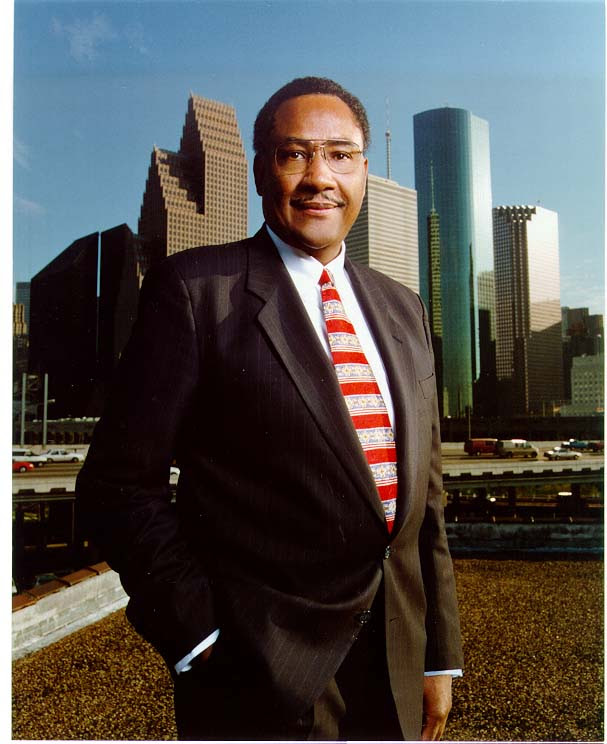 Lee Patrick Brown had a long-time career in law enforcement, leading police departments in Atlanta, Houston and New York over the course of nearly four decades. During this time he helped to implement a number of techniques in community policing that appeared to result in substantial decreases in crime. In 1997 Brown was the 1st African American to be elected mayor of Houston, Texas. He was reelected twice to serve the maximum of three terms from 1998 to 2004. His parents Andrew and Zelma Brown were share croppers in Oklahoma, and Lee Brown was born in Wewoka. A high school athlete, Brown earned a football scholarship to Fresno State University, where he earned a B.S. in criminology in 1960. That year he started as a police officer in San Jose, California. In fact, Brown was elected as the president of the San Jose Police Officers' Association (union) and served from 1965–1966.
Brown went on to earn a master's degree in sociology from San José State University in 1964, and became an assistant professor there in 1968. At the University of California, Berkeley, he earned a second master's in criminology in 1968, and became chairman and professor of the Department of Administration of Justice at Portland State University in the same year. He earned a doctorate in criminology from Berkeley in 1970. Brown was the 1st African American to be appointed Police Chief to the City of Houston, and served from 1982–1990. He was first appointed by Mayor Kathy Whitmire. There he implemented methods of Community Policing. In 1993 Brown moved to Washington, DC for a national appointment as the Director of the Office of National Drug Control Policy  under President Bill Clinton. The Senate unanimously confirmed his appointment. In 1997, Brown became the 1st African American elected as mayor of Houston, Texas. During Brown's administration, the city invested extensively in infrastructure: it started its first light-rail system and obtained voter approval for its extension. Brown also advanced the city's Affirmative Action program; installed programs in city libraries to provide access to the Internet; built the state-of-the-art Houston Emergency Communications Center; implemented e-government, and opened new parks. Brown is a member of Alpha Phi Alpha collegiate fraternity and Sigma Pi Phi, an African-American fraternity for those who have achieved distinction in their chosen profession. Brown is a co-founder of the National Organization of Black Law Enforcement Executives (NOBLE). Brown is chairman and CEO of Brown Group International, which is a business solutions organization. 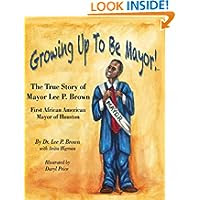 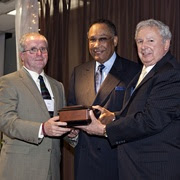