John P. Parker was an African-American abolitionist, inventor, iron moulder and industrialist who helped hundreds of slaves to
freedom in the Underground Railroad resistance movement based in Ripley, Ohio. He rescued fugitive slaves for nearly 15 years. He was one of the few blacks to patent his inventions before 1900. His house in Ripley has been designated a National Historic Landmark and restored.
Parker was born in Norfolk, Virginia, the son of a slave mother and white father. Born into slavery under the principle of partus sequitur ventrem, at the age of 8 John was forced to walk to Richmond, where he was sold at the slave market to a doctor from Mobile, Alabama.

John was taught to read and write by the doctor's family, although the law forbade slaves' being educated. John purchased his freedom for $1,800 in 1845. He earned the money through his work in two of Mobile's iron foundries and occasional odd jobs. Parker left the South, first settling in Jeffersonville, Indiana, then Cincinnati, Ohio, where there were a larger free black community and jobs in the bustling port. Parker ensured that all their children were educated. Two generations from slavery, all six went to college and entered the middle class. In Ripley, Parker joined the resistance movement, known as the Underground Railroad, whose members aided slaves escaping across the river from Kentucky to get further North to freedom; some chose to go to Canada. He guided hundreds of slaves along their way, continuing despite a $1,000 bounty placed on his head by slaveholders. Beginning as an iron molder, Parker developed and patented a number of mechanical and industrial inventions, including the John P. Parker tobacco press and harrow patented in 1884 and 1885. He had invented the pulverizer while still a young man in Mobile in the 1840s. Parker was one of the few blacks to patent an invention before 1900. His autobiography, a slave narrative, was published in 1996 as HIS PROMISED LAND: THE AUTOBIOGRAPHY OF JOHN P. PARKER, FORMER SLAVE AND CONDUCTOR ON THE UNDERGROUND RAILROAD. John P. Parker School, in Cincinnati, Ohio, is a pre-kindergarten through 6th grade school named after him. 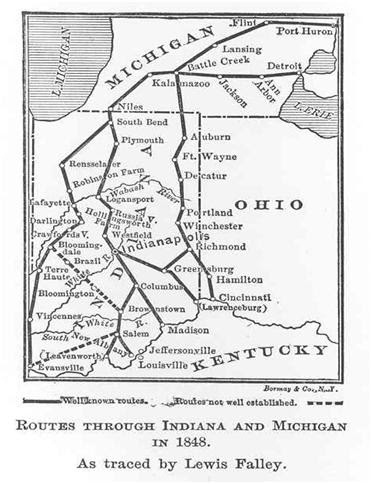