Pedro Flores- 1st yo-yo maker in the US 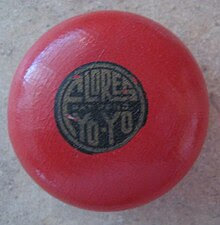 Pedro Flores was born in Vintar, Ilocos Norte, Philippines and came to the United States in 1915. He attended the High School of Commerce in San Francisco 1919-1920 and subsequently studied law at University of California, Berkeley and the Hastings College of Law in San Francisco. Flores dropped out of school and moved to Santa Barbara, California where he worked at odd-jobs to make a living.
While working as a bellboy, Flores read an article about a self-made millionaire who made his money by selling a ball attached to a rubber band. At this point he remembered the yo-yo (previously known as the bandalore), a game which has been played for hundreds of years in the Philippines. Bringing it all together, Flores saw a good market opportunity in the US, and the ability to go into business for himself. Between 1928 and 1932, Flores started and ran the Yo-yo Manufacturing Company in Santa Barbara before selling the company and trademark to Duncan who continued to market and sell Flores yo-yos alongside the Duncan line. Flores stayed involved with yo-yos most of his life. During 1931-1932, Flores was instrumental in setting up a large number of the promotions in the cities where the early Duncan contests were being held. In relation to his contests run just 2 years earlier with his Yo-yo Manufacturing Company, the new Duncan contests were vastly different. These contests now required a series of tricks similar to modern day contests with ties being broken by the number of loop the loops completed. He founded a yo-yo manufacturing company in Santa Barbara, California in 1928, founded the Flores Corporation in Hollywood and cofounded Flores and Stone in Los Angeles c. 1929. He cofounded the Chico yo-yo company in 1950 and founded the Flores Corporation of America in 1954. 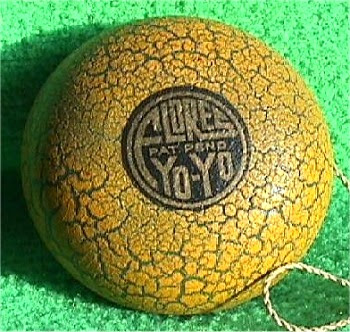