Roberto Clemente Walker  was a Puerto Rican professional baseball player. He was a Major League Baseball right fielder who played 18 seasons for the Pittsburgh Pirates from 1955 through 1972. He was a National League, Most Valuable Player once, All-Star twelve times (15 games), batting champion four times, and Gold Glove winner twelve times. In 1972, Clemente got his 3,000th major league hit in the very last plate appearance of his career during a regular season game.
Clemente was involved in charity work in Puerto Rico and Latin American countries during the off seasons, often delivering baseball equipment and food to those in need. He died in an aviation accident on December 31, 1972, while en route to deliver aid to earthquake victims in Nicaragua.
Clemente was inducted posthumously to the National Baseball Hall of Fame in 1973, becoming the 1st Latin American to be enshrined. His death established the precedent that as an alternate to the five year retirement period, a player deceased for at least 6 months is eligible for entry into the Hall of Fame.
Clemente is the 1st Latino player to win a World Series as a starter (1960), to receive a National League MVP Award (1966), and to receive a World Series MVP Award (1971). 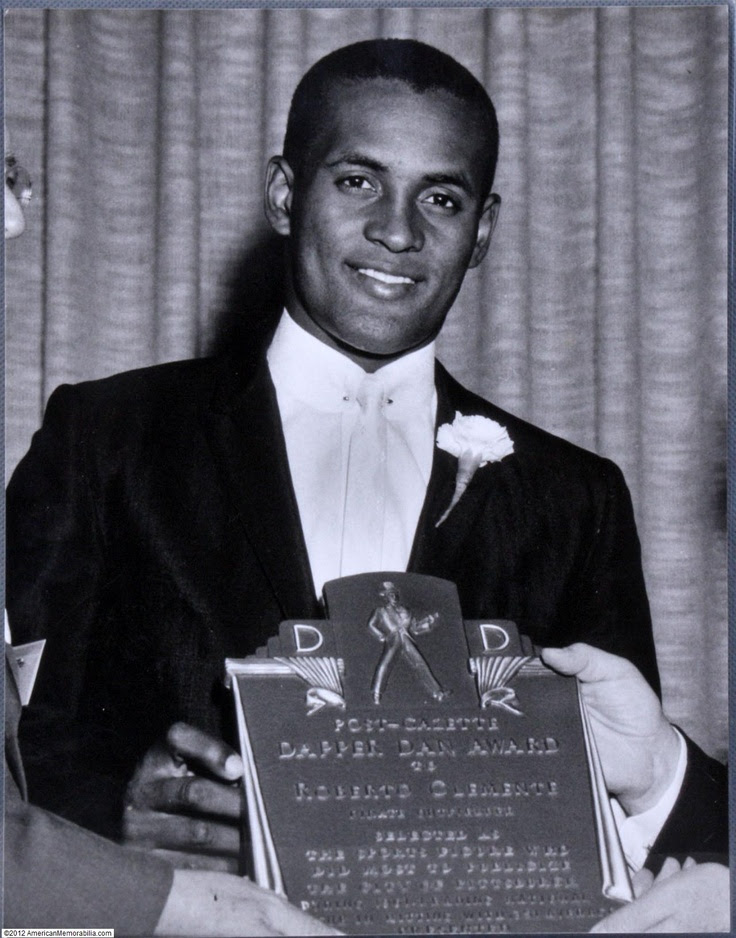