Nancy Pelosi- Minority Leader of the U. S. House of Rep. & Only Woman House Speaker

Nancy Patricia D'Alesandro Pelos is the Minority Leader of the United States House of Representatives and served as the 60th Speaker of the United States House of Representatives from 2007 to 2011. She is the only woman to have served as the House Speaker and to date is the highest-ranking female politician in American history. A member of the Democratic Party, Pelosi represents California's 12th congressional district, which consists of four-fifths of the city and county of San Francisco. The district was numbered as the 5th during Pelosi's first three terms in the House, and as the 8th from 1993 to 2013. She served as the House Minority Whip from 2002 to 2003, and was House Minority Leader from 2003 to 2007, holding the post during the 108th and 109th Congresses. Pelosi is the 1st woman, the 1st Californian and 1st Italian-American to lead a major party in Congress. After the Democrats took control of the House in 2007 and increased their majority in 2009, Pelosi was elected Speaker of the House for the 110th and 111th Congresses.

On November 17, 2010, Pelosi was elected as the Democratic Leader by House Democrats and therefore the Minority Leader in the Republican-controlled House for the 112th Congress.                    Pelosi was involved with politics from an early age. In her outgoing remarks as the 60th Speaker of the House, Pelosi noted that she had been present at John F. Kennedy's inaugural address as President in January 1961. She graduated from the Institute of Notre Dame, a Catholic all-girls high school in Baltimore, and from Trinity College (now Trinity Washington University) in Washington, D.C., in 1962 with a B.A. in political science. Pelosi interned for Senator Daniel Brewster (D-Maryland) alongside future House Majority Leader Steny Hoyer. Pelosi won a special election to succeed Sala Burton, narrowly defeating San Francisco Supervisor Harry Britt, then easily defeating Republican candidate Harriet Ross on June 2, 1987; Pelosi took office a week later.
In 2001, Pelosi was elected the House Minority Whip, second-in-command to Minority Leader Dick Gephardt of Missouri. She was the 1st woman in U.S. history to hold that post.
In 2002, after Gephardt resigned as minority leader to seek the Democratic nomination in the 2004 presidential election, Pelosi was elected to replace him, becoming the 1st woman to lead a major party in the House. 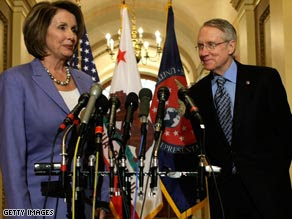